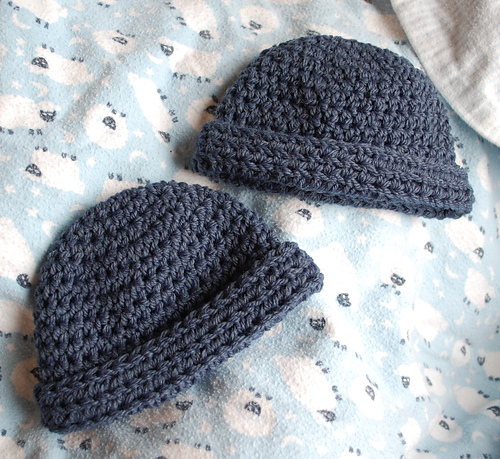 These hats are very quick to make (I made both of them last night while Greg tried out a new video game), and you could easily make two out of aÂ  ‘standard’ 110-yard skein of worsted.