Oh, hey! Monday. The project I was working on last week is even now sitting in my mailbox ready to be shipped to Massachusetts. Hopefully they’ll decide to include it in the book, but if not it’ll surface here later to purchase. One way or the other, you’ll get to see it eventually.

Also, schools started around here today. Perhaps many of you are even now listening to the blissful quiet of a house temporarily devoid of children, where you can finally clean the kitchen or take a nap or read a book or even FINALLY just pee alone. Enjoy it. Maybe have an un-shared ice cream sundae for me, because around here things are pretty much the same as they were last week.

Instead of quiet, I’m spending my morning listening to things like, “Moooooom, Max threw his sword to Teddy’s head!” and “Mommy, he hitted him with the arrow holder thing!” and “They’re messing up our cars!” If we were public-schooling both of my buds would be gone today; even though Charlie hasn’t hit five yet, his birthday is before the cutoff and so he would be beginning kindergarten this year. He’s reading fluently and adding in his head (no fingers) better than Max does, though, so I can’t help thinking that he’s already miles ahead of most of the children that would be in his class. As someone who spent the majority of school waiting while the teacher explained things I already knew to the rest of the students, I’m glad I can avoid putting him in the same predicament. Playtime has its own value, one I feel is severely underrated for children older than about three.

Max’s grandma sent him some Lincoln Logs for his birthday, and he just loves them. (They’re the knockoffs, but they work just as well, cost less, and have more pieces than the brand name ones. Works for me.)

But we have links to explore! Check out this homemade instant oatmeal from No Big Dill. 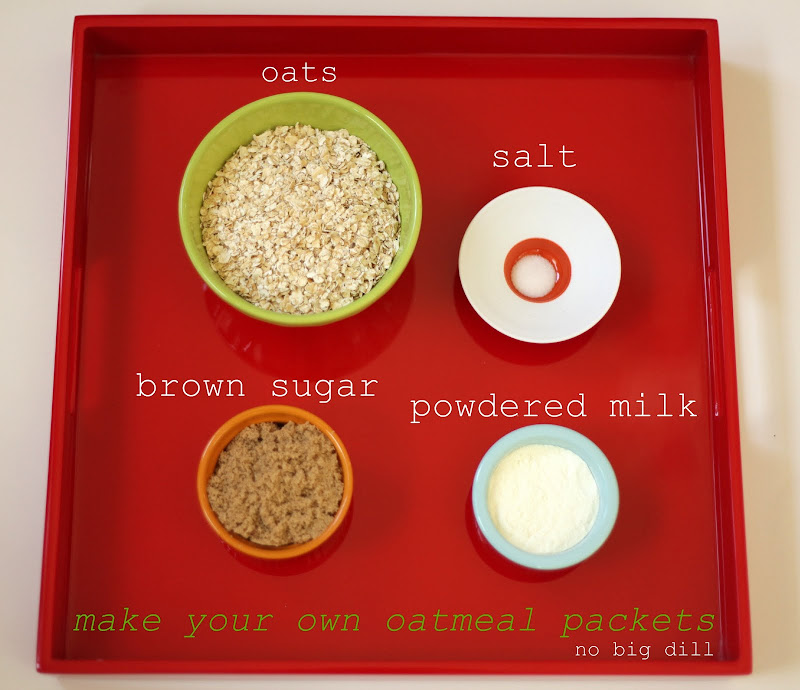 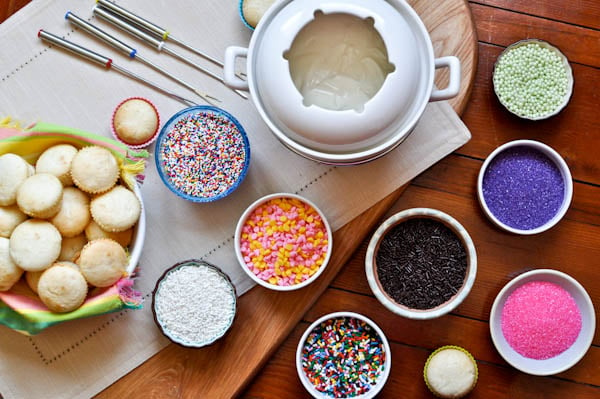 Cupcake fondue, that is, via How Sweet it Is. Just bake cake in a mini muffin tin, make a thin frosting for the dip, and have plenty of sprinkles and toppings to stick to your sugar bomb. Yum.

You know, I haven’t eaten yet this morning. Let’s find something not made of food for the next one.

Last night Greg made the mistake of playing a game of Angry Birds on the computer instead of his phone, and the boys practically glued themselves to his elbows to absorb all its cartoony wonder. In only a few minutes, they were hooked. Max, at least, extracted a promise that Greg would teach him how to play this glorious game. So, in honor of my boys (who are even now acting out a live version in the living room) our last link today is DIY Angry Birds. 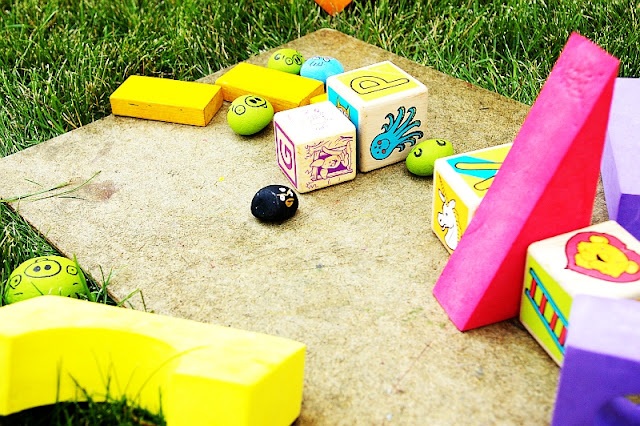 The Brassy Apple painted some rocks, set up some blocks, and gave her kid a slingshot. Fantastic! (I can’t help thinking there has to be something better to do this with than rocks, though…maybe small wooden balls would have the heft needed to knock blocks over but be less likely to crack a window when shots go awry.)

Ready for a fresh batch of links?