I am so slow that it took me a month to knit two baby hats. No lie. They were my only project, too, so it’s not like I dashed off and did something else in between steps. Nope. They just languished.

At least they were worth it. 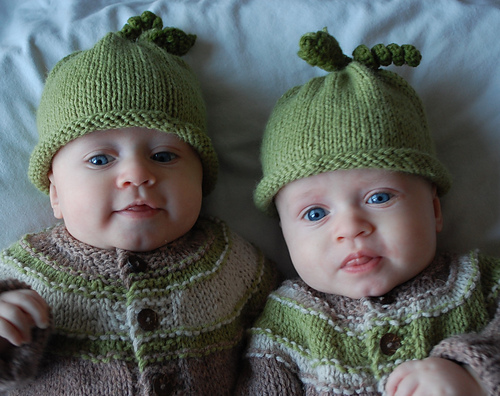 Tommy and Teddy are just thrilled. No, no – I can tell. 😀 Anyway, as you can see I used the same yarn as I used for the stripes in the cardigans (plus a few accents in a darker green) so they really go together beautifully. 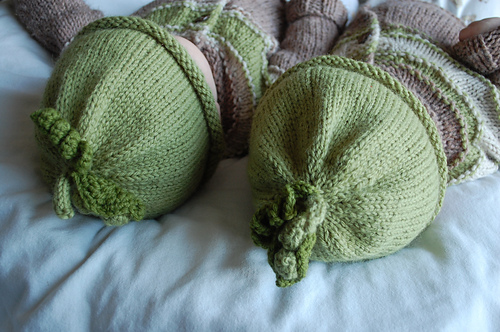 They’re peas in a pod! Get it? Because they’re twins! Peas…in a pod…right. 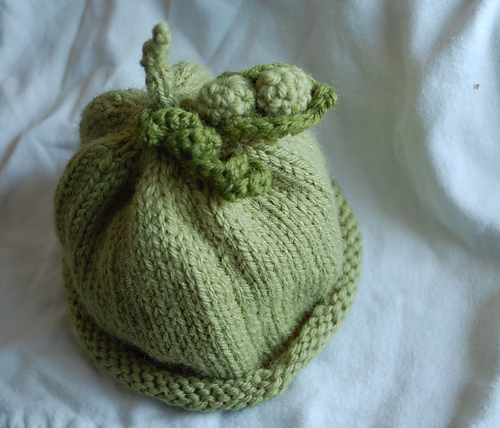 As you can see, I crocheted the peas and pods and little vines (they’re pretty much the same as the pumpkin hat vines) and I think they’re almost unbearably adorable. 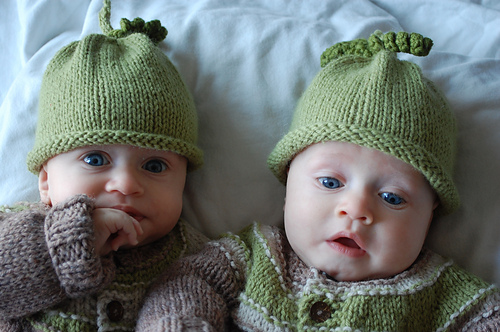 How did I end up with the most adorable kids in the world?! That seems statistically improbable…oh, well. I’ll take em!