Let me just lead with a less washed-out picture of the lion I made: 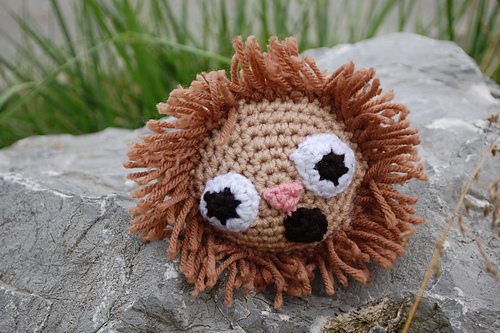 See? So much cuter in the sunshine! That goes for the tail view as well: 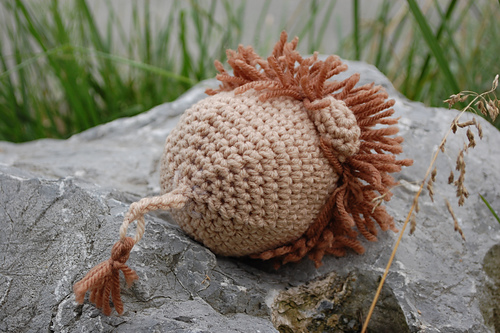 It’s been raining for days. It rained this morning, as a matter of fact; long and hard and thoroughly. I was afraid it might not dry out enough for me to get outside for  some shots of the aniballs in their…’natural’ environment, but in the evening enough had evaporated that we cautiously ventured out.

As you can see, Charlie got his elephant: 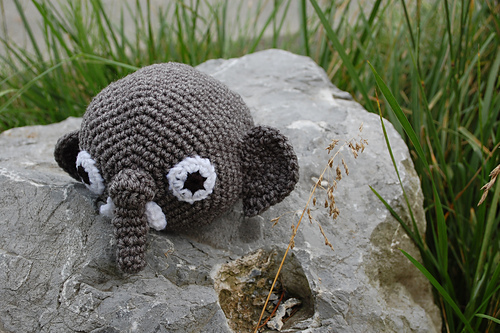 and I must say, it’s even a bigger hit than the lion. It’s slightly larger which makes it easier for little hands to throw and catch, and the boy’s have had the grandest time making elephant  sounds as they throw it around. The elephant has a little tail of its own, as well: 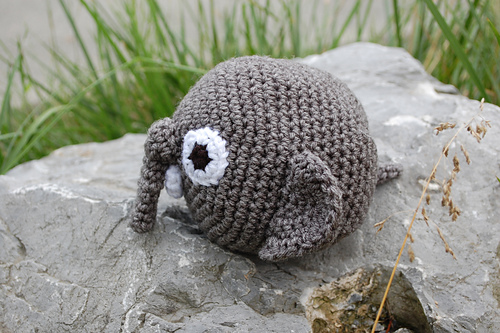 Although not long enough to use as a handle. These little guys are fun! 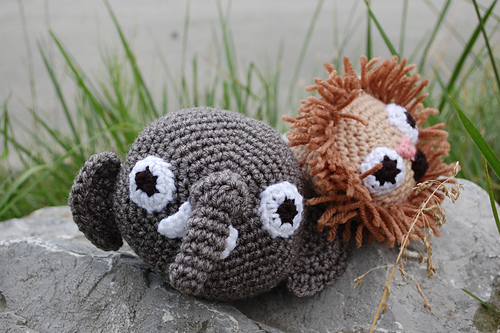